Home » Blog » How Can a Servant Leader Use the Amplification Hypothesis?

How Can a Servant Leader Use the Amplification Hypothesis? 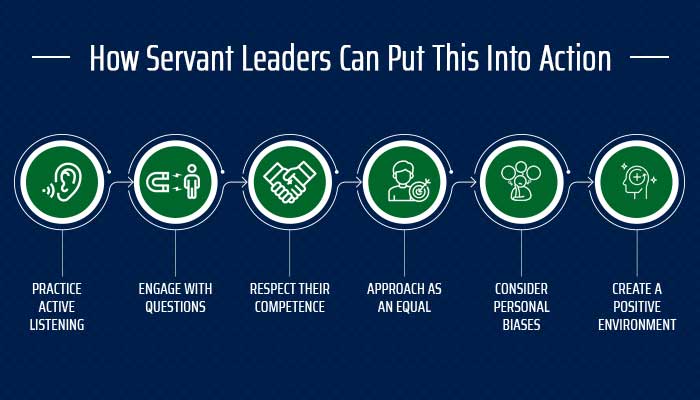 True leadership skills are in short supply and high demand in the modern-day workplace. In the past, team members often responded immediately to authority based on a person’s position. This is no longer the case. An empowered workforce brings many advantages to the table. Still, one aspect of that is resistance. Servant leadership provides managers with the tools to turn resistance into an opportunity for creative input, which spearheads positive change.

What Is the Amplification Hypothesis?

Everyone believes in something or holds opinions. Some people have stronger convictions than others. Similarly, people feel more strongly about some of their beliefs than others. When someone has a strong sense of commitment to a particular belief, social scientists call this attitude certainty. When servant leaders disagree with team members, this certainty comes to life.

The knee-jerk response in these scenarios is to fire back with facts and directly attempt to persuade a team member to your side. However, a strong leadership quality is the ability to find common ground. The amplification hypothesis, therefore, states that if your team members disagree with what you desire, find common ground and start your negotiation there.

If you instead exhibit certainty about a particular opinion or belief, it may increase resistance. However, when servant leaders give some leeway and take a softer approach, it softens the resistance and may lead to a more positive outcome.

How Servant Leaders Can Put This Into Action

It sounds good on paper. However, managers may wonder how they can act smartly and use the amplification hypothesis as part of the servant leadership model? Here are a few quick tips to keep in mind.

At Etech we promote servant leadership as not just a managerial principle but a strong component of our customer relationships and our service model. From motivating our own team members to neutralizing tough situations with customers at our call centers, we put the amplification hypothesis to good use on a daily basis. Contact us today to learn how we use these principles to manage client relationships and interactions with your customers.