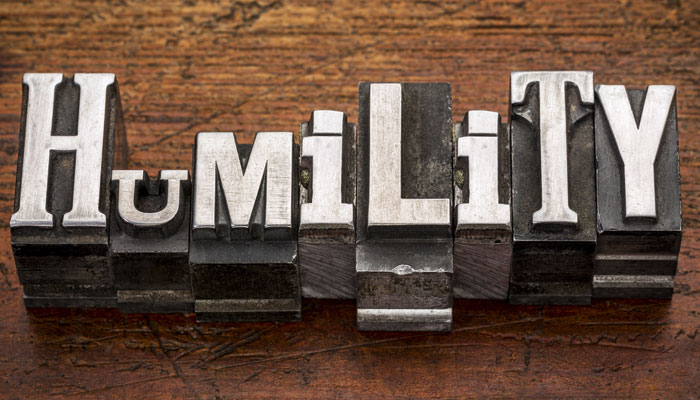 I came across an article the other day in The Harvard Business Review that caught my eye.  It did so because the topic discussed happens to be one of the 12 Character Commitments of Etech Global Services.  That character trait is: HUMILITY.  When we hear the word Humility, it may bring to mind images of things that seem “less-than” or “weak” but what this article clearly demonstrates is that the trait of HUMILITY is anything but “weak” or “less-than”, in fact, it’s quite the opposite.  I’m posting the article below because it’s one of the best reads I’ve come across in a while and I hope you’ll take the time to read it.  This article also serves as the third in a series of blogs you will see from me about the 12 Character Commitments of Etech Global Services.  Enjoy!

In a global marketplace where problems are increasingly complex, no one person will ever have all the answers. That’s why Google’s SVP of People Operations, Lazlo Bock, says humility is one of the traits he’s looking for in new hires. “Your end goal,” explained Bock, “is what can we do together to problem-solve. I’ve contributed my piece, and then I step back.” And it is not just humility in creating space for others to contribute, says Bock—it’s “intellectual humility. Without humility, you are unable to learn.”

A Catalyst study backs this up, showing that humility is one of four critical leadership factors for creating an environment where employees from different demographic backgrounds feel included. In a survey of more than 1500 workers from Australia, China, Germany, India, Mexico, and the U.S., we found that when employees observed altruistic or selfless behavior in their managers — a style characterized by 1) acts of humility, such as learning from criticism and admitting mistakes); 2) empowering followers to learn and develop; 3) acts of courage, such as taking personal risks for the greater good; and 4) holding employees responsible for results — they were more likely to report feeling included in their work teams. This was true for both women and men.

Employees who perceived altruistic behavior from their managers also reported being more innovative, suggesting new product ideas and ways of doing work better. Moreover, they were more likely to report engaging in team citizenship behavior, going beyond the call of duty, picking up the slack for an absent colleague — all indirect effects of feeling more included in their workgroups.

Our research was also able to isolate the combination of two separate, underlying sentiments that make employees feel included: uniqueness and belongingness. Employees feel unique when they are recognized for the distinct talents and skills they bring to their teams; they feel they belong when they share important commonalities with co-workers.

It’s tricky for leaders to get this balance right, and emphasizing uniqueness too much can diminish employees’ sense of belonging. However, we found that altruism is one of the key attributes of leaders who can coax this balance out of their employees, almost across the board.

Nonetheless, our study raises one common, perhaps universal implication: To promote inclusion and reap its rewards, leaders should embrace a selfless leadership style. Here are some concrete ways to get started based on both our current research and our ongoing study of leadership development practices at one company, Rockwell Automation

This article was reposted by Matt Rocco, President and General Manager of Etech Global Services. If you would like to learn more about Etech and contact center technology and service solutions, please contact us at info@etechgs.com.